THE EMISSIONS (AND GOVERNANCE) GAP 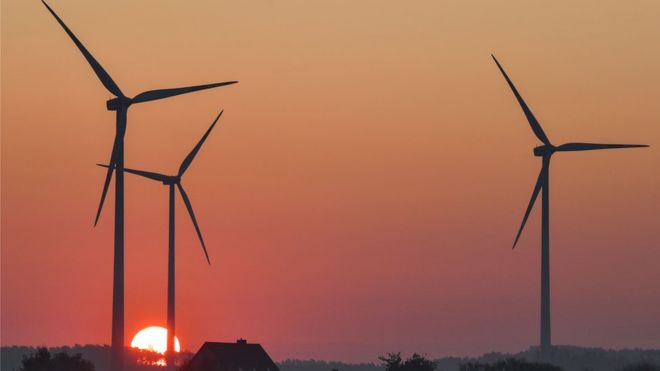 In time, November 8, 2016 will not be remembered for its politics. It will be remembered as the day the World Meteorological Organization first demonstrated that global temperatures surpassed 1°C above earth’s pre-industrial average for an entire year. The scale of the job in front of policy-makers is unprecedented. For scientist Kevin Anderson, even the euphoric atmosphere accompanying the Paris Agreement “could not be squared with the content”: its scale of assumption “breathtaking”; its delivery lacking. Though Anderson’s rebuke of Paris underplays its achievements, his and other scientific assessments seek to link what is too often disconnected: policy on the one hand and science on the other.

The most prominent reference point for policy has been the annual UNEP Gap Report, with its 2017 account showing a 11-13.5 Gt CO2e emissions gap to 2030 and an estimated temperature rise of 3.2°C by 2100 (assuming unconditional Paris Nationally Determined Contributions (NDCs) are met). Yet, even this much-cited report obscures climate change’s most insidious problems, ignoring its long-term context and the threat of sea-level rise, for example. Peter Clark et al.’s paper recognises these lacunae, warning policy-makers away from the UN’s “emphasis on short-term emissions goals” for “accelerated investment in technologies required to achieve deeper reductions over the long-term”. Clark advances a balance “between policies that focus on lowering near-future emissions and policies that accelerate the deployment of new technologies that can transform our energy systems”. The policy implications are clear: new (relatively) unbounded institutions like the Global Climate Action Agenda must mobilise short-term action and facilitate longer-term transformative action to give the atmosphere a chance of staying ‘well below 2°C’.

In solidarity with scientists Anderson and Clark, policy expert Sharon Turner underscores that “what we lack is a societal framework for saying we as a society, we as a city, we as a [carbon] major, we’re going to get to net zero by 2050 and create a binding process to plan and action for that”. To achieve that objective, mobilising science-informed solutions is but one of a cast of imperatives. With the sobering prospect of the Intergovernmental Panel on Climate Change’s (IPCC) Special Report on 1.5°C only a fortnight away, the emissions gap metaphor threatens to stretch much wider than just emissions.

Consult Climate’s mission is simple. It will confront the emissions and governance ‘gulfs’ for what they are. Through communication, sustainability, education and policy offerings, it will help established climate change organisations catalyse action, it will compel new businesses to do their bit (minus the greenwash) and it will raise consciousness where it can.

Most importantly, Consult Climate will try to be useful.